To cap off the second day, top designers Chris Diaz, Arnold Galang and Gerry Katigbak put on a closing show that was nothing short of dramatic and fabulous.
Chris Diaz (STATUS Magazine Online)
Chris Diaz's collection entitled "Rapture" was inspired by the tale of St. Wilgefortis, a woman who lived, grew a beard and died during the medieval times under unusual circumstances. Legend has it that St. Wilgefortis' name translates to "strong virgin", and Diaz's collection reflected both a dark and mysterious air of femininity and medieval-times masculinity. His show ended with supermodel extraordinaire Marina Benipayo portraying the legendary saint. 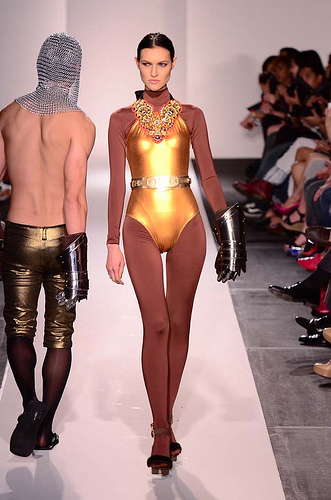 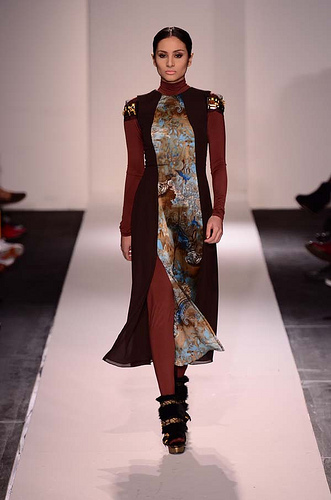 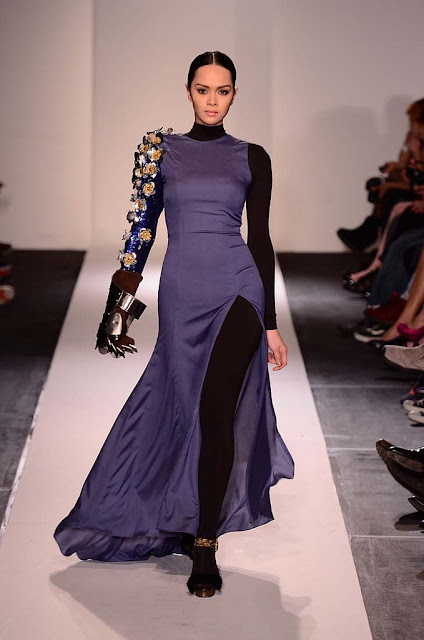 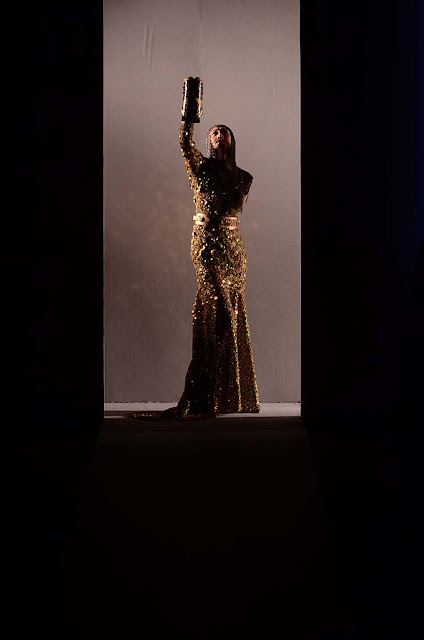 Arnold Galang (Unica Policarpio)
Arnold Galang's Tibetan woman-inspired collection was my favorite amongst the three for obvious reasons. Anything Asian-inspired delights me. His collection used bold colors such as deep sea blue, saffron, maroon. The pieces were all well-coordinated and thankfully wearable. My favorite piece is the one in the second photo, which is clearly monk-inspired. The Dalai Lama would be proud! 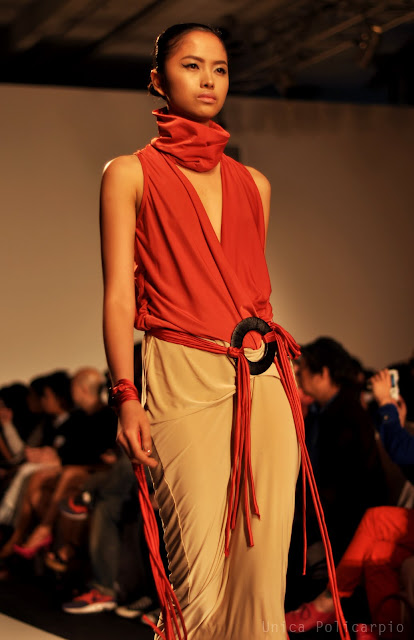 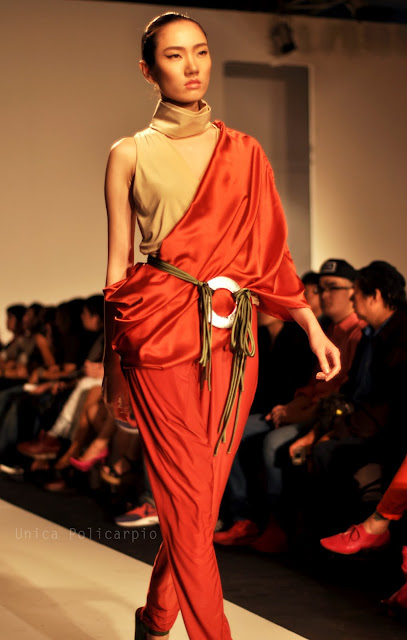 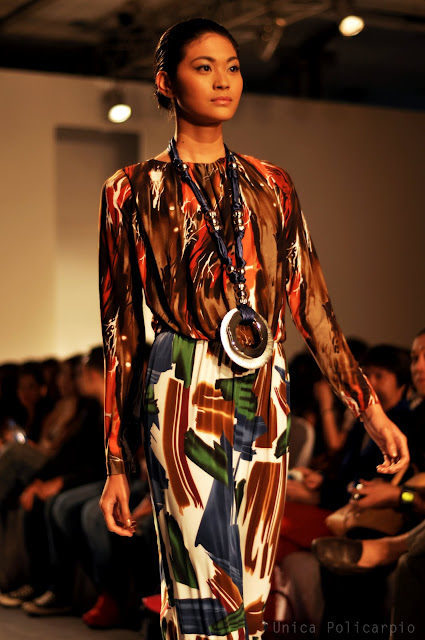 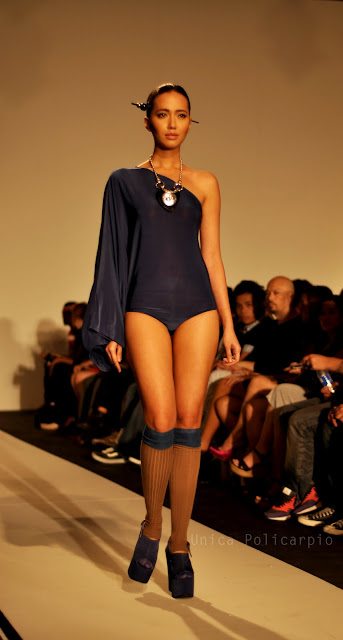 Gerry Katigbak (stylebible.ph)
The first thing that came to mind when I viewed photos of Katigbak's collection were the words, "modern Ilustrado", because of his use of local fabrics and large, amulet-like accessories for his pieces. Personally, I think the suit featured in the third photo would be something that Rizal would wear if he were living today. Like the two collections above, his pieces were also very well-thought of and put together. 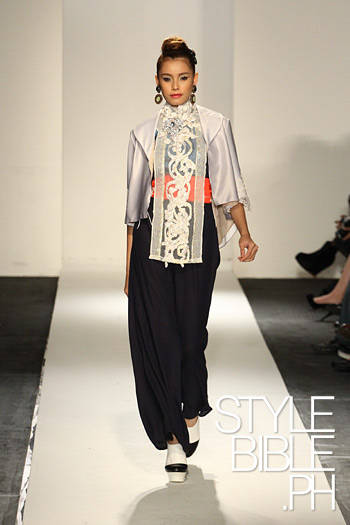 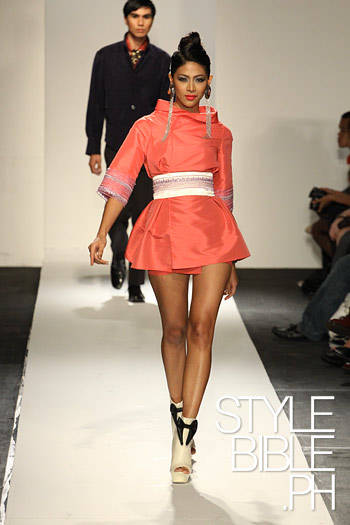 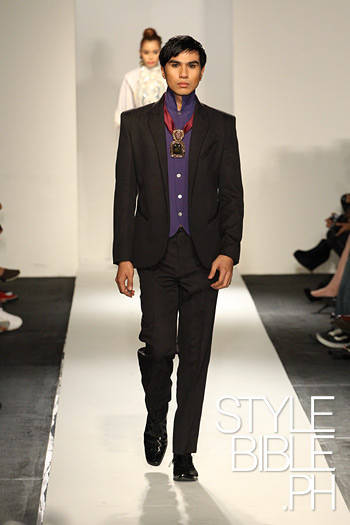 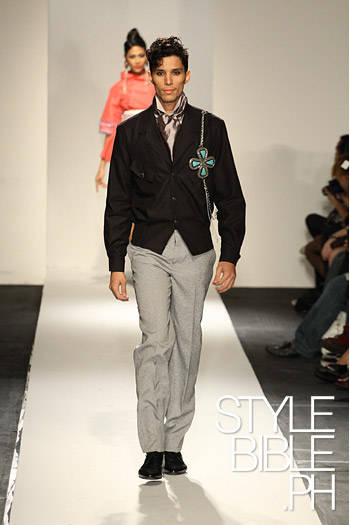 So that ends the second day of Philippine Fashion Week. More photos to come for the rest of the fashion shows!
Posted by ADC at 2:48 PM