This year, I was lucky to witness the epic Dollhouse Miting de Avance held in Ateneo de Manila University, last 15 July 2011. I was taking a break from doing a paper when I saw a flurry of beautiful beckies preparing at the "Dollhouse Annex". That's when I remembered that that day was the day of Dollhouse's Miting de Avance and Elections. After seeing and chatting with old friends Patch and Nyko, I decided to pack my things up from the library, cram my paper later and head to the much-awaited event.
(For those who do not know, the Dollhouse is an eleven-year old organization in AdMU for the LGBTQA crowd and anyone who shares their passion for love, laughter and the drive for acceptance and equality. But more than it is an organization, it is a family. Personally, it's one of the funniest and most endearing groups of people I've ever seen and interacted with.)
This year's Dollhouse Miting de Avance and Elections were different for many reasons. First was because of the different venue, second was because of the media and blogger coverage, and lastly because it was graced by none other than Goddess Mother Becky herself, Divine Lee! Former Queen Mothers and event hosts Erick Habijan and Patch Buenaventura together with the fabulous candidates vying for the positions of King Father, Lady GaGuard (Sargeant-at-Arms), F-Buddy (Treasurer), Sex-Gen (Secretary), Vice-Ganda (Vice-President) and the much-coveted Queen Mother (President) brought in the laughs through their advocacies for equality and acceptance. Divine Lee's ever-supportive boyfriend Victor Basa and celebrities Megan Young and Saab Magalona were also in the house!
Here are some photos of the event itself, featuring some of the best-dressed, blue-blooded and eagle-loving beckies (I wish I could have met them!): 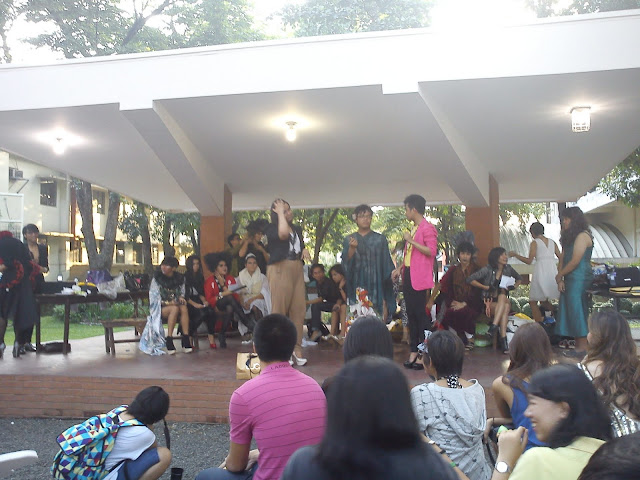 LAST AND THE FIERCEST, THE CANDIDATES FOR QUEEN MOTHER!
Sadly, I had to go home before the winners were proclaimed, but had load of fun nonetheless. Sorry if the photos are blurry, I took them using my mobile phone's camera and was laughing the whole time! Congratulations to PARTIDO BALUR for a landslide win (knew it'd happen before I left) and to the DOLLHOUSE for a very successful event! WINNUR KAYONG LAHAT!
Posted by ADC at 4:54 PM