Jang Yun Ju, Han Hye Jin, Kim Jae Wook, Song Kyung Ah and Ji Hyeon Jeong's photo for an editorial in the June edition of Elle Korea has just been released. The five supermodels are featured on the cover of the book "Top Model" released last 11 May 2011. The book "Top Model" tells of the supermodels' evolution as Korea's representatives, as well as other stories of prominent personalities in the Korean fashion scene. A public photo shoot was held to celebrate its publication. 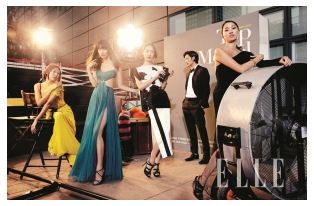 Various local television and online media outlets covered the event and was attended by many ordinary people. They were able to see the photo shoot and even the models resting. 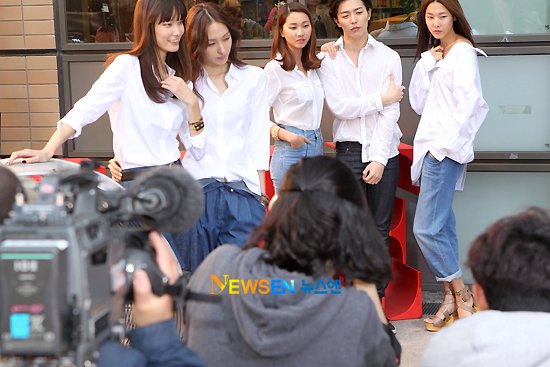 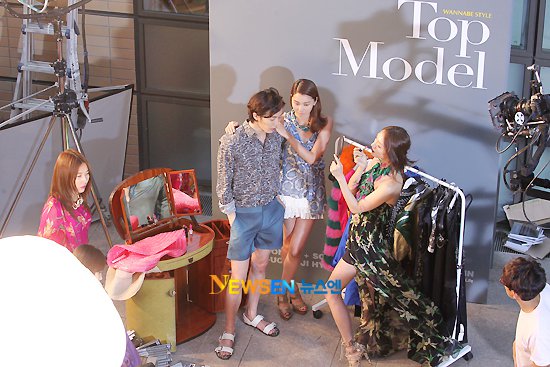 The photo shoot's theme was "jetsetters' lifestyle", featuring the latest summer wear and club wear, including denims and brightly-colored dresses, which appealed to the watching crowd, gaining their appreciation and applause.
Source: Newswire
Photos: Newswire, Newsen via jddjfldance
Partial Translation (not everything in the article was translated, I couldn't!): Aisa de la Cruz
Posted by ADC at 8:55 PM